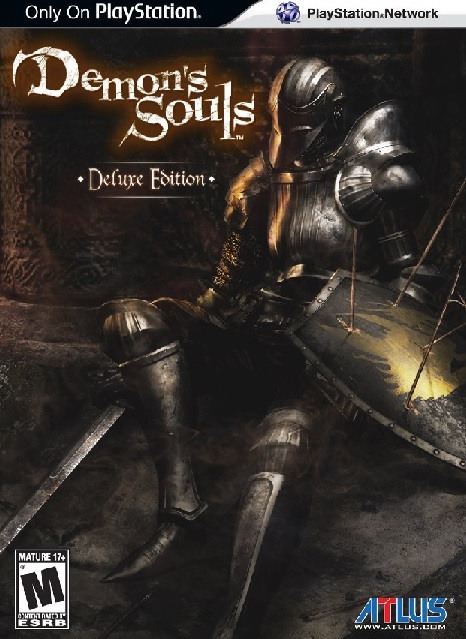 Woke up to the sound of idiots racing down the streets. Normally after a few minutes, it follows a blasting sound coming from the cop siren, but not this time. I hope no homeless person camping out on the side of the street got hit. We live in a strange time and I know I’m overdue for a post. I hope my introduction didn’t leave you perplexed. It’s kind of hard not to feel on the edge when chaos is slowly taking control of the world. But I feel like I have prepared myself for this insanity a few years ago. What better way to prepare it by sharpening your mental agility than by playing Demon’s Souls, a game praised for its difficulty, released in 2009 for the PlayStation 3? It’s good for brain exercise and will make you feel alive if you are the type who likes a fair challenge. Quite frankly, I am not too hasty about playing the remake as I’m not in the rush to purchase PS5 and it may be a year down the road that I might pick it up. But what really turns me off is how bright the game is. I originally played the game for its dark dreamy, fairytale-like atmosphere but the remake just looks too sharp and polished. There’s also too much noise coming from the character’s footsteps and his clunky armor. It’s too loud. In the original Demon’s Souls it’s quieter and more subtle and the more you die, it becomes quieter as quiet as the sound of a feather falling down. The only reason why I would only consider picking up the remake it’s because it’s one of the few co-op games that I actually enjoyed. Unless the remake has the ability to use a mic–then that will surely destroy the atmosphere. From what I remember, the game is immersive and fun. It feels as if I was transported into a different world–thanks to the soundtrack and its beautiful world creation. If I can recall, players can rate people as well on their gameplay performance. Some people are nice and will give you a good score, some are just plain assholes. Nonetheless, there aren’t many games that made me feel so attached to a world. It’s one hellish adventure, but a strange one that I can’t pinpoint. I guess that’s the power of immersion. This is one of the games I am proud to say I own the Deluxe Edition. It comes with the original soundtrack, artbook, and official guide. It’s my treasure and I am not going to sell it unless I’m desperate for money or I am on my deathbed and I need to pass it on to a passionate gamer so my soul will depart the earth peacefully without care. Okay, I am dramatic. I know. That’s how much I love the game and that’s why I am wary of the remake.

Join 249 other followers
Follow Fishing for Metaphors on WordPress.com